Nothing here yet. You can be the first to write in this guestbook.
×

i kiss : Greet your Great friends!

«i Kiss: Greet Your Great Friends» is based on Jacques Derrida’s subversive thoughts, exploring the ways to deconstruct the unilateral relationship of human beings with animals and make a new connection.
Factory farming system that emerged after the Industrial Revolution, that is, artificial reproduction and slaughter, reckless hunting and the destruction of ecosystems due to forest development, now clearly turn up ominous symptom. Natural disasters, the disappearance of seasons, and the climate crisis have evoked many discourses surrounding life and animals, and repeated creation and conflicts. Environment groups have emerged, and the controversial concept - animal rights emerged. However, in today's society, which is deeply intertwined with capital and science, such movement is too weak, so development and destruction are accelerating towards socio Entropy.
What attempts can we make to disassemble deeply intertwined and firmly entrenched mechanical capitalism in society? We can find something for this in the text «L'animal que donc je suis (à suivre)» published by Derrida.
Derrida rethinks the whole meaning of suffer for animal others through philosophical deconstruction, and suggests reviewing the whole recognition system through problems of suffering common to humans and animals instead of language, the framework of human intellect. He evoked the absolute passivity of suffering, and summoned the fundamental feelings of compassion not only for animals but also for life as a whole, including humans. And what we're given in the end would be a question of the relationship between animals and humans.
This exhibition re-translates the paradigm of animals, which has been defined in human language, adopting by Derrida's suggestion. Starting in this point, we might be able to find a clue to genuine coexistence, not only for human beings. We review the relationships within the neoliberal worldview where humans and animals are mixed, examine how they existed, destroy the paradigm, and reconnect animals and me through visual experience.
First, in section , we re-construct animals presence and their connection with surroundings in their natural states. Focusing on animals as creatures living finite lives, we examine the interrelationships of the numerous societies and actors surrounding them.
Next, section deconstruct the fauna connected with people as the object of affection. With the recent sharp expand in the pet industry, high knowledge and obligations of animals as caregivers or protectors tend to be required. On the other hand, we look at the newly emerging animal fauna called “Companion animals”.
In the last section , we will examine the images of symbolic animals that have become separate from their natural context and take new characters. Animals have been positioned as divine beings, or abstract symbols since humankind society was built. The deified animal has been separated from its intrinsic position, get immortal life, and has been misunderstood or worshiped. We will figure out how these aspects of animals relate to human culture and also how these things are affecting real animals.
«i Kiss: Greet Your Great Friends» imagines these heterogeneous networks of animals-human beings with eight artists who show outstanding insight about animals and explores the possibility of new - sustainable - relationships and coexistence of the world that will arrive. Through various media and themes such as painting, digital painting, video, sound, and branding design, we deconstruct the connection between humans and animals and expect to shift the perception structure.

2 Spaces in This World:
Preparing Files
Waiting For:
Finished Loading: 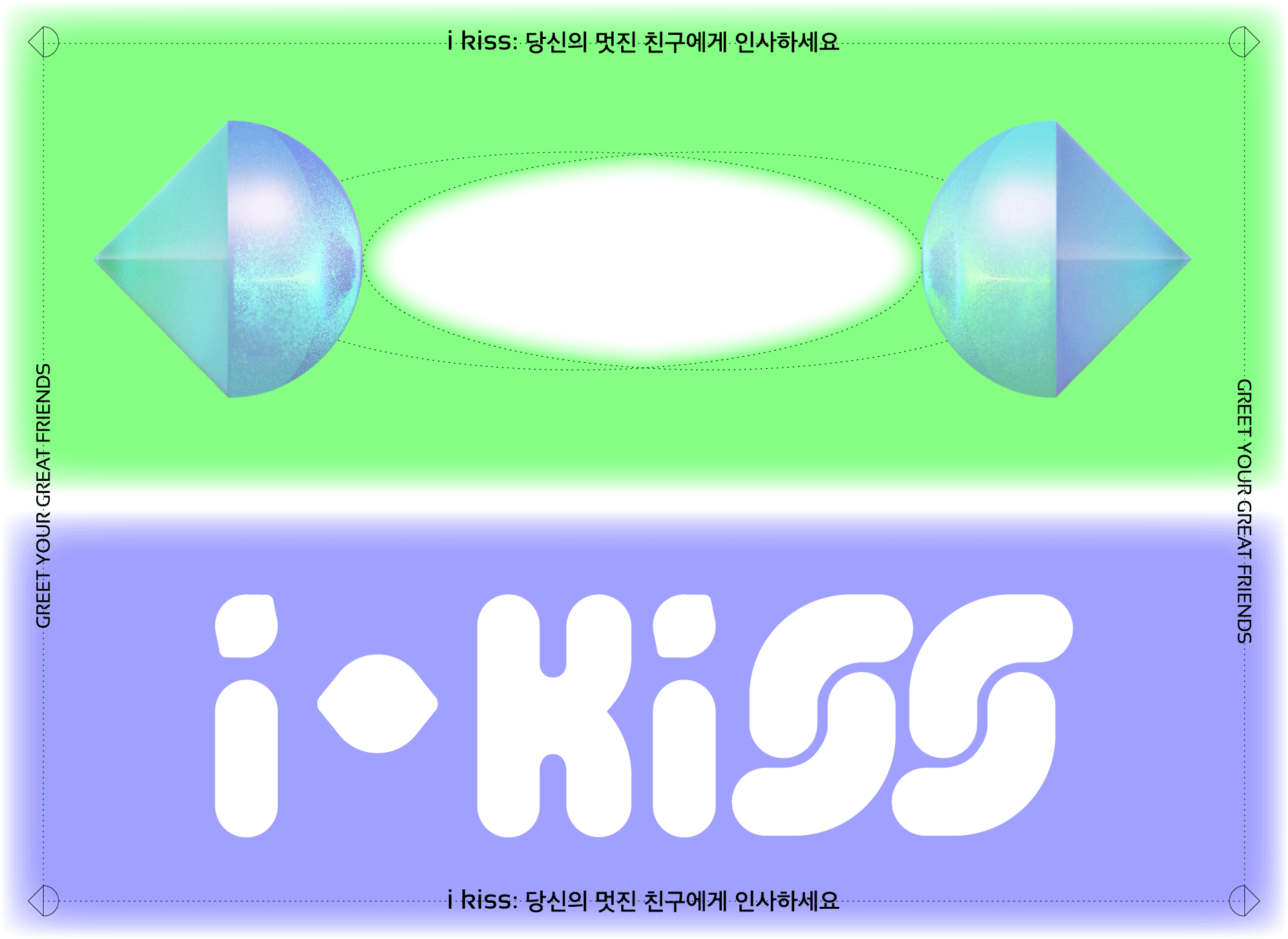