Given the chaos of 2020 we believe that the Principia Discordia is helpful in understanding our current situation.

The title is based on the parody religion text published in the 1960s. The Principia Discordia, if read literally, encourages the worship of the Greek godess Eris, known in Latin as Discordia, the godess of disorder... The Principia Discordia holds three core principles: the Aneristic (order), theee Eristic (disorder), and the notion that both are mere illusions. Due to these principles, a Discordian believes there is no distinction between order and disorder, since the are both man-made conceptual divisions of the pure element of chaos. An argument presented by the text is that it is only by rejecting these principles that you can truly perceive reality as it is, chaos.

Special Thanks to: Blim, Colgate, Jeremy (Trippyogi),, Izzy (VNGNC), Baron, and An for all of your help with making this exhibition a reality. 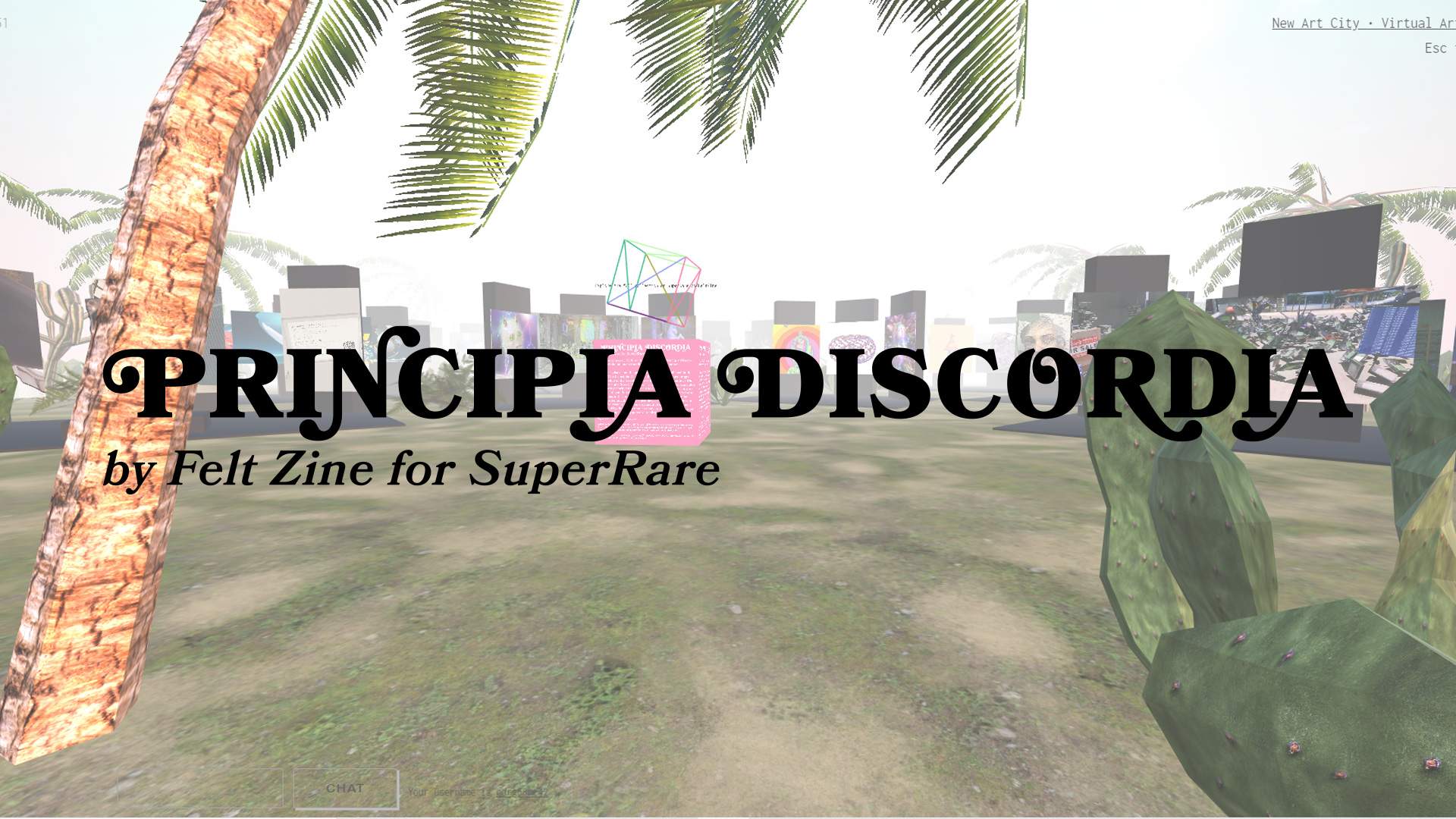