‘An Invitation’ is a virtual NFT exhibition with 2 goals; to invite new artists + collectors to the community and to celebrate those who have already found the blockchain.

As one of Forbes’ very first NFT, ‘Boy.’ represents every aspect of the exhibition. A celebration, an invitation and a clear demonstration of what this technology can offer new artists and collectors. ‘Boy.’ was originally minted as part of Edition 365. A collection documenting the historic events between 11 March 2020 and 10 March 2021: a portrait of the year that changed everything. The orchestrated placement of a precariously balanced paper plane at the very edge of the windowsill openly invites the viewer to interact. Forbes turns a scene from what might seem, at first glance as mundane, into an ignition of interest. We find ourselves fighting an urge to grasp the plane and enthusiastically launch it through the window. “I am motivated by looking for the beauty in the ordinary, and finding a sense of interest in scenes or spaces that most people may overlook.” –Mark Forbes 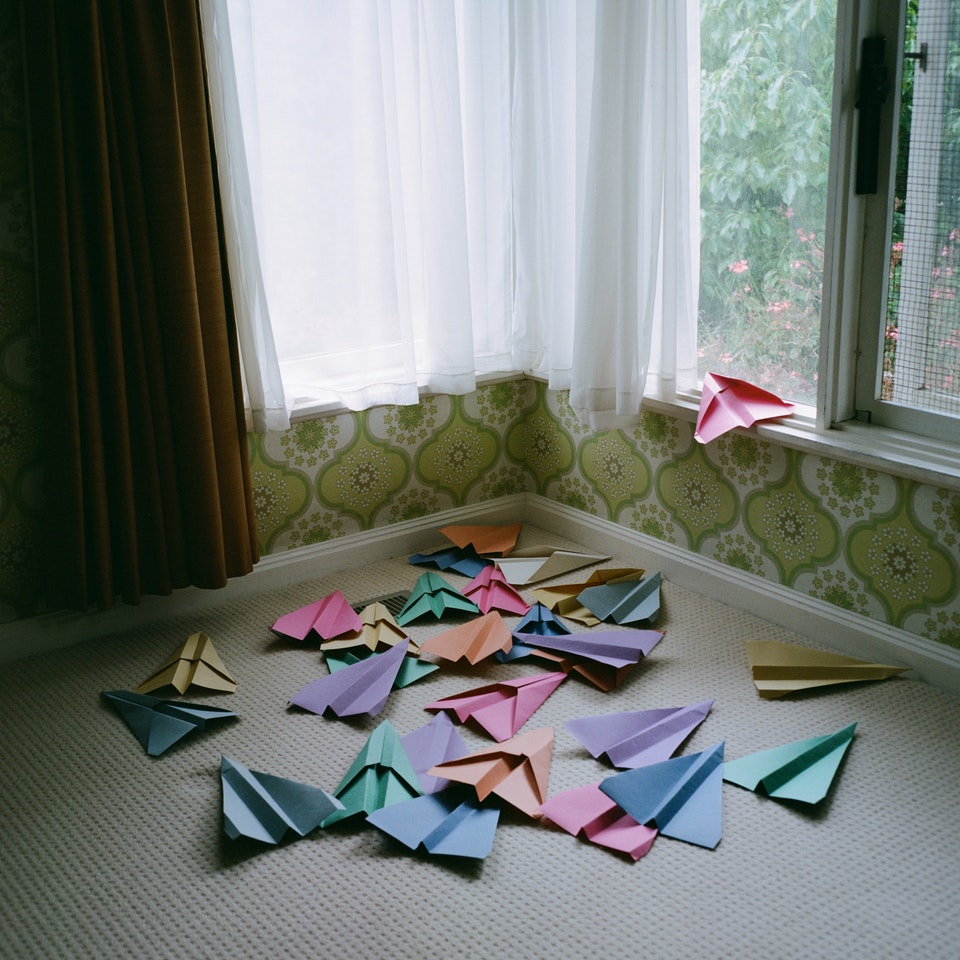 From my series The Deconstructed Self, 'Go Deeper' is an invitation to submerge into the mystical fluidity of the unconscious mind, a symbolic place for transformation. 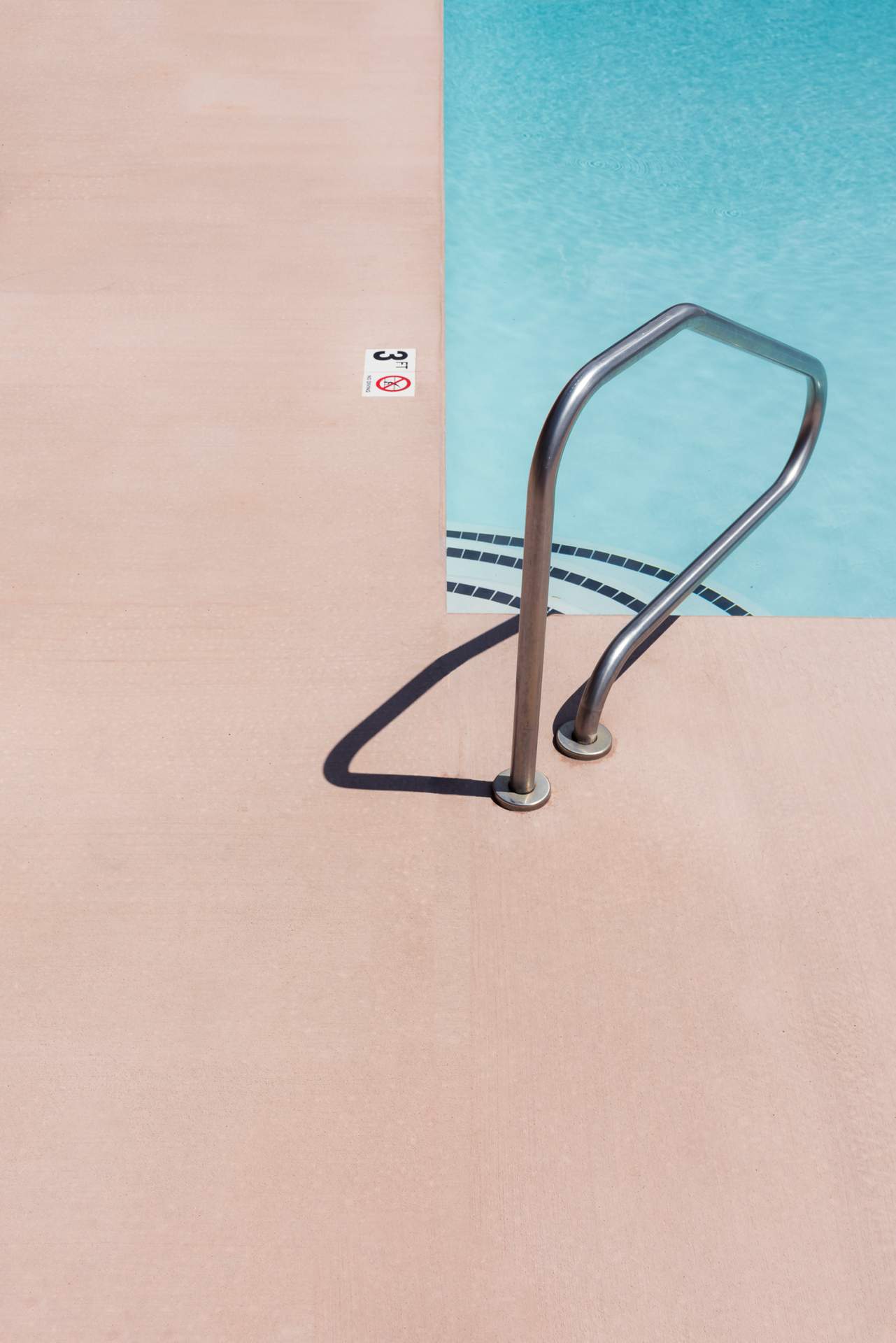 Unforgiving and dramatic winters have often been regarded as one of Russia’s most defining characteristics. A Russian winter is redolent both of great hardship, extreme temperatures, physical privation, an atmosphere of isolation and desolation, but also of great beauty. Photographed in the perpetual twilight of the Kola Peninsula and far-northern Siberia, Polyarnye Nochi captures the ethereal meteorological phenomenon affecting this swathe of land in Northern Russia. Meaning “polar nights”, Polyarnye Nochi represents the naturally occurring period from December to mid-January, when the sun remains below the horizon, allowing for only limited light each day. It is perhaps miraculous that factories, apartment blocks, and towns have been constructed in what should be a deserted, Arctic wasteland. Here in the village of Magarass, washing hangs outside a traditional Yakut home as the dusk light fades and a fire burns inside. The Yakut people arrived in Russia in the 16th century from Turkey and several tribes still lead semi-nomadic lives. For me, this photograph signifies the warmth and hospitality that I received from so many ordinary Russians, many of whom opened their homes to me, as I travelled through their country between 2004-2005. I’m thinking of all of them at this critical moment as they live under an increasingly repressive regime, where all non-Putin/Kremlin narratives are quashed and silenced. And where any anti-war sentiment is now considered tantamount to state treason. 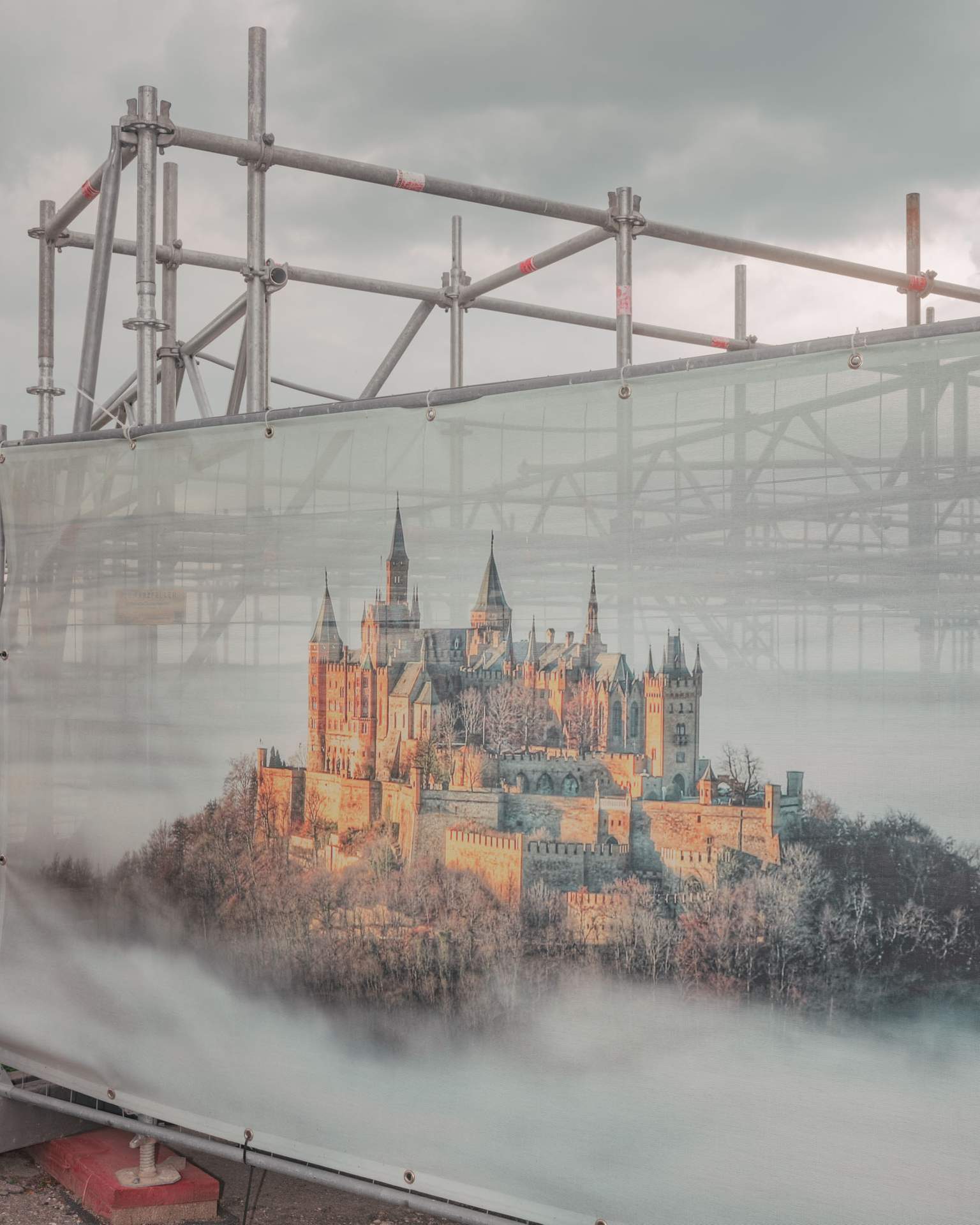 This photograph is part of my project Covers which documents record covers shot in various locations around the world. Since 2014 I have tracked down the locations of these record covers and re-photographed them in their original setting, decades later. This photograph of Moodie’s Early Years album was taken on Downhills Park Road, Tottenham, London N17 These photographs presented as windows into the past invite you to look at the relation between the music and the location and offer a fascinating insight into the history of reggae music in the UK, an often overlooked yet essential part of Britain’s musical identity and popular culture. This series has been widely published online and the photographs have been exhibited around the world.

A photograph of my Grandmothers bedroom made during my last visit to her shortly before she passed away. Essentially a quiet portrait of a remarkable woman, it invites the viewer to imagine a life lived and to reflect on their own tender moments with loved ones.

My photographs are visions of my endless thoughts, my own personal poetry and struggles of being human with a sprinkle of synesthesia for color. "Land of Sin-esthesia" is the total embodiment of my synesthesia (music makes me see color/shape). Welcome to the world of my third eye.

‘I often feel conflicting emotions as I stroll around my neighbourhood after dark. Do these homes seem hostile to me, or do they seem inviting?’

I have been taking pictures of India since she was 9. She was 12 in summer 2020. We met after the first lockdown and went to spend a day by the river. In front of the drama of the year, that picture shows the relief of a young girl in nature.

This is an invitation to look at photography from another angle. Is context important or isn’t it, does it change the way we judge an image? The photo was taken by my late grandfather working as a collision investigator in the 60ies. It was purely informative, to be added to a file that described the accident. Taken out of its context, this is just a beautiful image, though never intended to be artistic. It raises the question how we as spectators approach photography that is in the vernacular realm. So I invite you to look at this image forgetting what you just read and take it in just for what it is. The photo is part of a collection (and huge archive) that my grandfather shot from 1963 up until 1982. He used Exakta cameras for his documentation. The body of work he left behind was enormous and I am glad his work is now being immortalized on the blockchain.

“Muscles”- John Russell, 5, declares his supremacy after a wrestling match with his brother in the yard of their home in Chicago's only trailer park in the Hegewisch neighborhood in 2000

A market between night and morning

La Paz #08 is part of the series "La Mancha Urbana", a study of the phenomenon of urban sprawl in Latin American metropolises. An invitation to reflect on our future as a species through the observation of the natural territory and how it is transformed by anthropogenic presence.

You Might Never Be The Person You Were is a personal project - shot on a single roll of film - that documents my first few weeks after surviving Stroke. INCOMPLETE, an image from this collection, offers an invitation for my new and damaged self to reengage with the beautiful world that I almost left behind.

These scenes of America deserta were inspired by the children's book, The Desert Is Theirs, by Byrd Baylor. A story about adaptation and interconnectedness within the unstandardized geography of the American West.

Özge Ertürk is a self-taught photographer born in Itsanbul in 1993, currently based in Berlin. 'Drifted Away' is one of her works from the series 'Inside Out' which was exhibited at Kunstquartier Bethanien Berlin. 'Inside Out' is a personal journey that conveys an inner reality from the psyche. It uses photography as a tool for exploring unconscious feelings, memories, thoughts, and urges that manifest from deep inside. These photographs are fictional yet real moments, half staged half spontaneous, featuring an experimental series in atmospheric and ambiguous spaces.

An aerial view of the dinner tables at the Museum Art Film Benefit tribute to Cate Blanchett, presented by Chanel in New York on November 17, 2015. Part of a larger body of work documenting events for the NYTimes.

The Clarity of Impermanence

The Clarity of Impermanence employs abstracted symbolism and metaphor as an invitation to be still and to be present, to focus and to remember that nothing is permanent.

The image Conversations is part of Forbes' Beautiful Solitude series. The series shows that traces of beauty exist everywhere around us. The scenes depicted here can be found just around the corner in all of our daily lives. This series asks the viewer to stop for a few minutes and soak in the details that can go unseen. Sometimes all we may need is the time and space - physical and emotional - to be able to pause to experience them. All images in Beautiful Solitude were photographed on medium format film, which is an integral part of the creative process. Rolleiflex 3.5F / Kodak Portra 400 Melbourne, Australia 2019 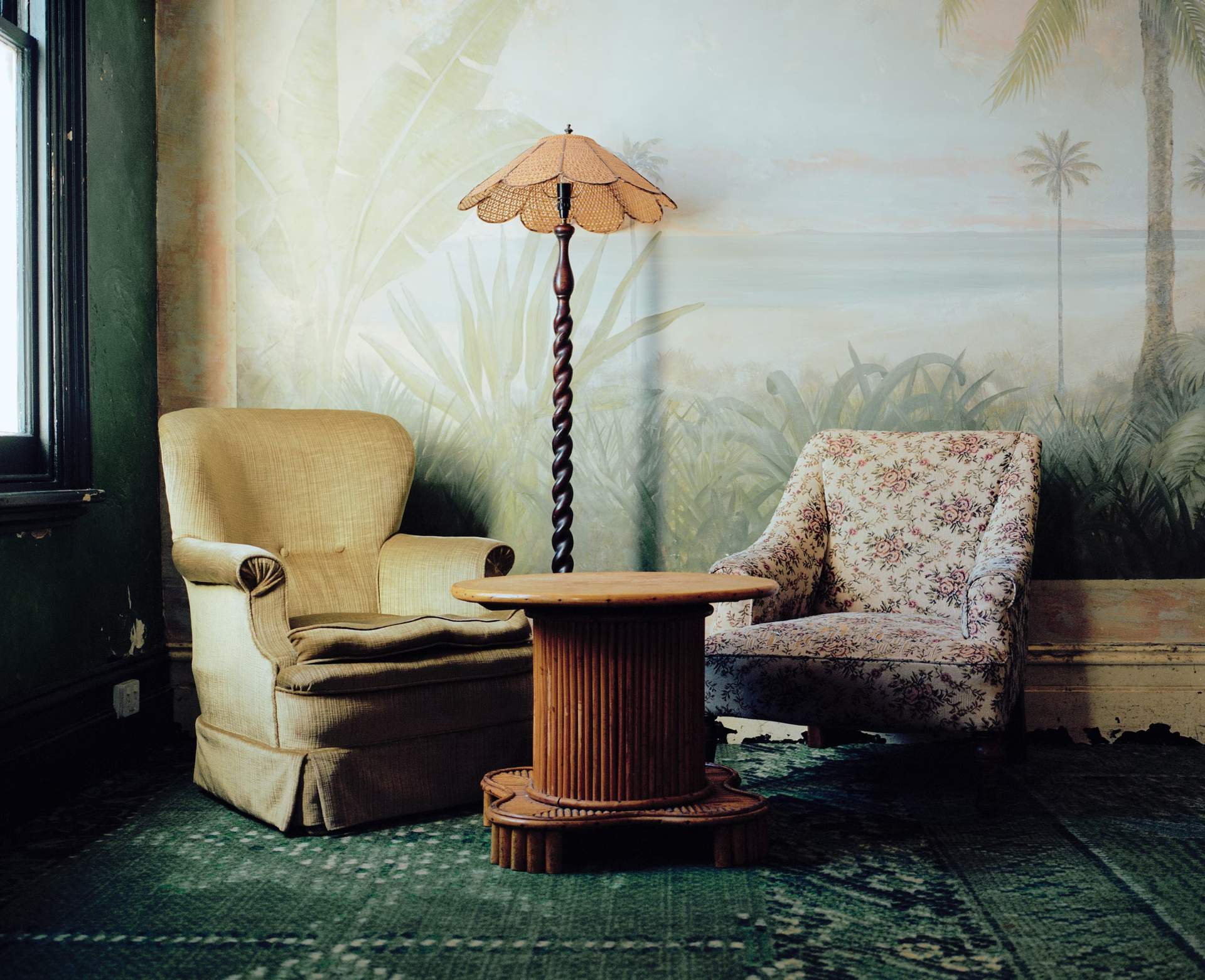 Transient Rubble: I don't know where I am

An adventure in Virtuality

This is AJ – existing at in the liminal space between boyhood and manhood. I met him on Brighton Beach during the May Bank Holiday 2020, and stepped over the salty sun-creamed bodies to reach him. He brushed off the mockery from his friends, and stood stoic, his back turned to the chaos of good beach weather and the cries of chip-thieving seagulls. Shy, polite, with long eye lashes, and a gentle manner. His red do-rag shimmering and billowing against the glistening sea. Strength and vulnerability; my favourite combination. 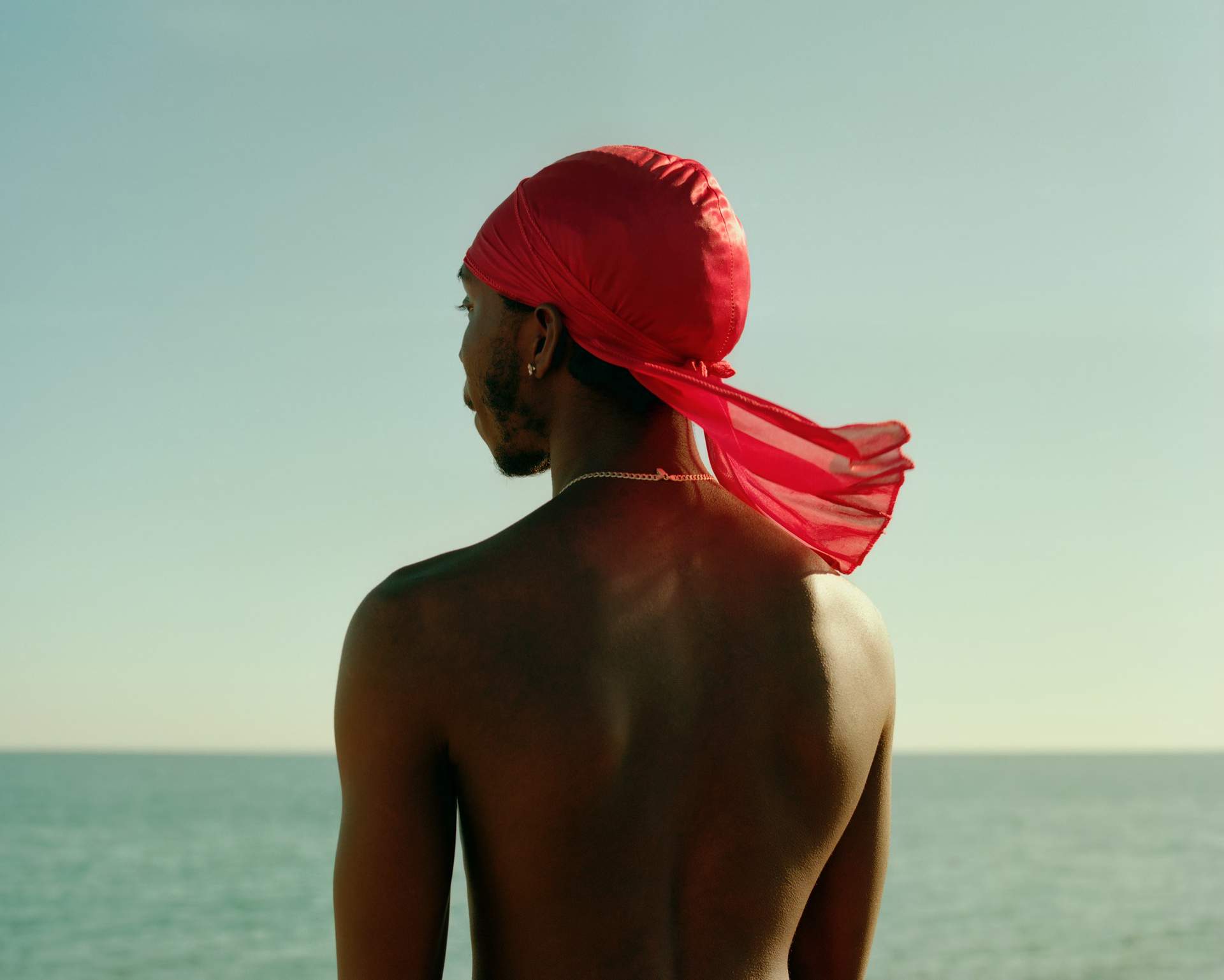