Believe in us but not too much

Within the World Titled believe in us but not too much
Credited to Adrian Pijoan
Opening date March 16th, 2022
View 3D Gallery

Silicon Valet is pleased to announce believe in us but not too much, a solo show of work by New Mexico-based artist Adrian Pijoan opening online on March 17th. Consisting of an immersive, virtual environment hosted by New Art City, and accompanied by a series of limited edition 3D and still image artworks sold as NFTs via the Hic et Nunc v2 smart contract, believe in us but not too much both expands upon and chronicles the artist’s forensic analysis and participation in online paranormal phenomenon communities.

For more than a decade, Pijoan has been an active member and devout student of various paranormal fora–particularly those dedicated to extraterrestrial activity and related government conspiracy theories. Over the years, he has accumulated an extensive collection of digital ephemera related to the history of documented alien activity around the world. The result is an esoteric and little known chronology that spans the better half of the last century; an ephemeral record culled from cult blogs, online bulletin boards, and niche social media fan communities. For believe in us but not too much, Pijoan reflects upon his research journey and presents an interactive 3D archive that creates a fantasy chronicle of this history as a virtual landscape.

Over the course of his life, Pijoan has had a number of personal encounters with the paranormal; phenomena that have strengthened the artist’s interest in the relationship between perception and reality. His research efforts, and the artworks and environments that result, materialize in believe in us but not too much as an externalized interior landscape of the self–both affected by and affecting his own understandings of those experiences. Throughout history, folklore has helped people to make sense of and exist in the world: creating alternate realities that allow people to cope with the unknown or unrecognizable. In the context of a contemporary era of hyperreality, where perception is reality and feeling trumps logic, objectiveness loses meaning and what is left behind is what we feel to be true. While pushing at the sharp edge of the role of belief in society, Believe in us but not too much also urges us not to lose our capacity for fantasy in the midst of an, at times, protocol-driven society.

This exhibition represents Silicon Valet’s first solo presentation of an artist with digital editions available for sale. All works will be sold via the artist’s own Hic et Nunc page, with all proceeds going directly to them. Silicon Valet hopes that this curatorial endeavour in the cryptocurrency ecosystem will serve as a replicable model for value creation through curatorial labor, contextualization, and care.

Virtual surrealist landscape cluttered with various alien and paranormal phenomena ephemera. These include 3D models of flying saucers, cartoon extraterrestrials, owls, flying searchlights, bigfoot, and more. There are glitchy flashing early Web 1.0 graphics that move around the space, giving it a nostalgic early web feeling. The entire environment is located in a desert landscape, with sand underfoot. The user navigates through debris of flying alien ephemera, moves through a desert canyon passage where owls (a classic symbol of alien abduction phenomenon) guide them into a top secret research facility where alien biomaterials and fragments of spacecraft are stored. After moving through this facility and examining all of the specimens, the user is intended to move to an outside space, where a flying saucer with an abduction ray beams down. The user walks into the beam, and is teleported inside an alien spacecraft.

No audio. Animated GIF of a white alien face on a black background. The face spins and strobes.

No audio. Animated GIF of a green alien face smiling 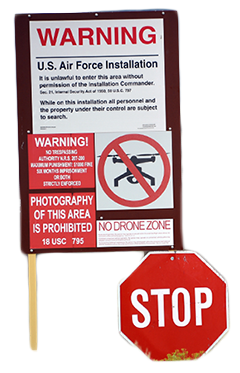 This earth is covered with windows into those other unseen worlds.

If your idea can sustain continuous focus, then even the galactic core feels sweetened by it

They are not ghosts, goblins, or figments of the drunk imagination.

Perhaps the UFO question might even make man undertake studies which could enable him to construct a society which is most conducive to developing a completely human being, healthy in all aspects of mind and body

Map of Dulce Base