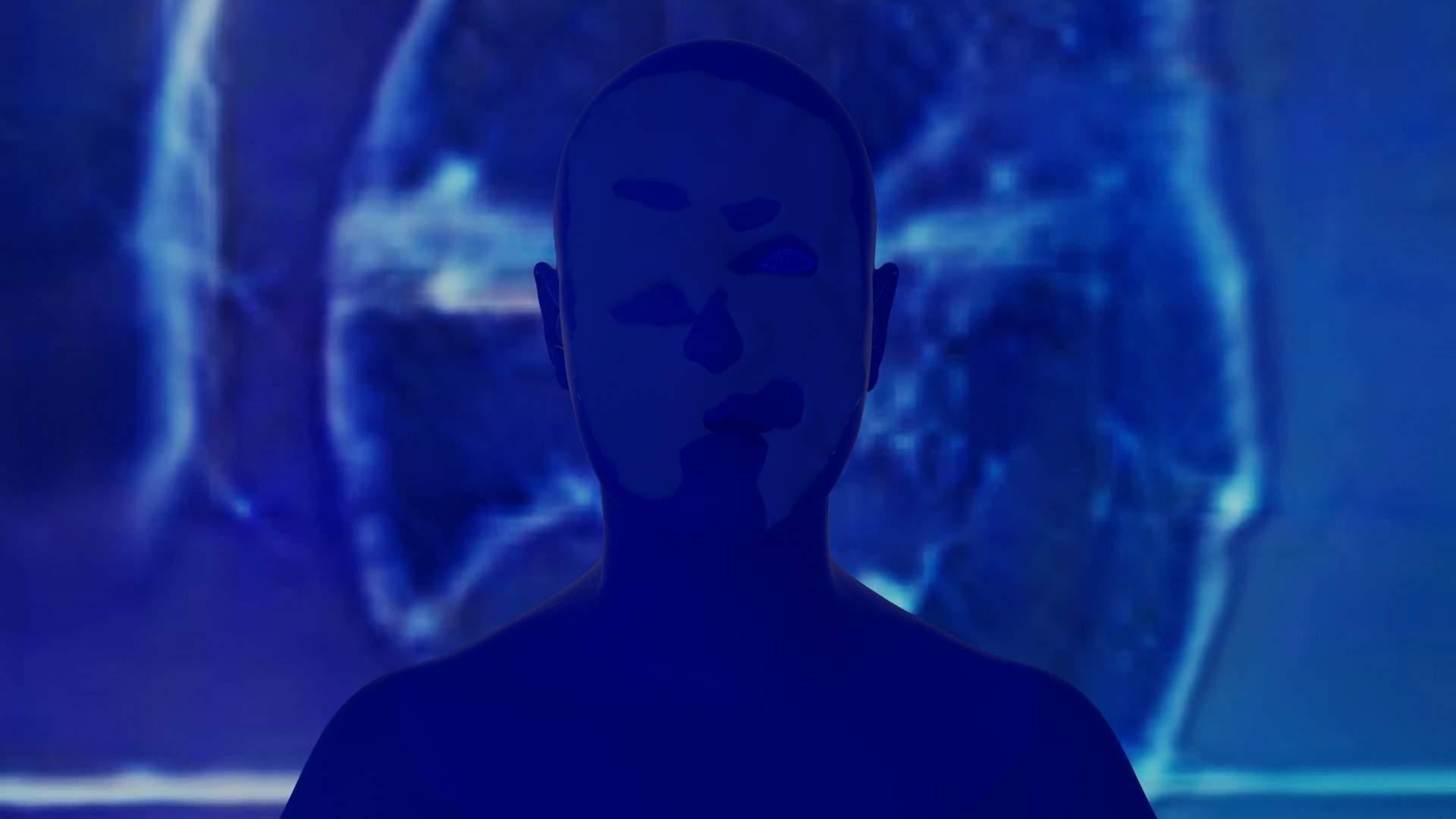 Beta_ is a three-dimensional immersive exhibition that considers the ways in which power systems and hierarchical structures of capital – dominated by today’s neo-capitalism – are embedded in profitable environments known as metaverse, and how virtual avatars are subjected to invisible forces increasingly instrumentalized by multimillion-dollar tech companies.

Questioning the definition of the metaverse – formerly presented by tech giants Microsoft and Meta as an idealistic place promoting escapism and techno-utopianism – this hypnotic environment unveils opaque and authoritative systems of surveillance rooted within virtual environments regulated by major tech companies.

This work is exhibited in the context of Guillaume Saur’s Master thesis research, entitled Generating Conversational Data: Attempts at Invading Machine Learning Systems in a World Made of Artifices, which primarily investigates the instrumentalization and monetization of biometrics, as well as the potential for machine learning systems to imagine non-dystopian futures.

Guillaume Saur is currently an MFA candidate at Emily Carr University, whose practice explores Artificial Intelligence and the cultures of display through the repurposing of algorithms designed by multimillion-dollar companies, hereby revealing the underlying social and political artifices embodied by such technologies through a generated language of images.

In addition to working with repurposed algorithms, he is conducting 3D-animated experiments and installations that deconstruct and reinvent merchandising aesthetics as they relate to users’ digital costumes, avatars, and other representational artefacts, through the creation of an artist-run virtual laboratory for collecting data and image-making.

Lately, he has been exploring generative models that contribute to raising awareness toward extractive systems and surveillance technologies, thus reversing the gaze on power systems populating digital territories while questioning the impact of artificial intelligence and its potential future outcomes.