Hyperglitch is an emerging genre that is informed by glitch, IDM and experimental music that came before it, but is distinct from them. It uses new techniques, explores new concepts, and has a new aesthetic. “Hyper” in this sense doesn’t mean more, or faster, or louder, it’s meant in the “hypertext” way; as in: deeper and more interconnected. Hyperglitch is the evolution of glitch. It’s what happens when a generation of artists grow up surrounded by glitch, entrenched in the digital world. Their fluency and usage/exploitation of glitch has deeper roots and is more natural and nuanced than someone born outside of this environment.

My hope is that by helping to define the genre through this series, it will help other artists within the subgenre to find each other, and help us all develop our work and leave the past behind (or at least the parts that are holding us back). I also hope that by casting a wide net it will dissuade others from creating a formula for the genre and freezing it in time (although I’m sure some of that is inevitable). I also want to stress that Hyperglitch is new. Some of the ideas have been circulating for years, some even as far back as the early 2000’s, but their current formulation and the combinations employed by these artists are something I have never heard before (even though I have been imagining the emergence of something similar for a long time). I hope this series will illuminate the thread that I think connects these artists, and will hopefully inspire other artists to join in and create their own Hyperglitch music. - Text by Woulg

The third album in the series continues our dive into hyperglitch with Weaving Ritual by Sunnk. This album was one of the main inspirations for making this series. It's deep and emotional, expressive and raw, tech-y and precise. The sound design is endlessly fascinating. I find myself pausing to re-listen to individual moments over and over again, trying to understand what exactly is going on. And somehow, even with all this technical complexity, the album comes across as natural, as if each maneuver was as effortless as a press of a key. The story of the album is patient but unafraid of being abrupt or pushing the listener away. Weaving Ritual feels like a dark spell cast in the middle of an abandoned street. A vortex that we are pulled into. Dragging us through our darkest memories kicking and screaming, pulled inside out. Blending into a fog of thick heavy smoke that collects into a liquid that slides down the gutter. We wake up from the hallucinations in the final moments of the album and find ourselves running but can't remember from what.- Woulg Cover art by Stuart Graham http://www.stuartgraham.me/

Jim Kimchi is an electronic music artist with over ten years of experience in creating ambient, techno and idm with heavy lofi and organic elements, under the moniker "halvknægten". Since discovering fellow hyperglitch artists Woulg and Vaetxh, he has delved more into the glitch aesthetic in music, co-founding glitch.cool and evolving his methods under the name Jim Kimchi. Working primarily with the concept of "fermenting" sound, Jim works with generative sound design and composition through a variety of techniques such as resampling and micro editing while always focusing on rhythmic unstability, percussive focus, high complexity, overwhelming ambiences, and dry, textural bass design in order to achieve the sounds at home in Hyperglitch. Jim’s most recent EP "Pure Gravy" was released on Paracusia Media and since then he has been working on remixes, compilations, and his next releases.

smearing out the barriers between inner and outer space. striving for complexity, overwhelmed by lack of silence and vice versa. Recursive compositional elements through fermentation and bug sculpting. perceptions layered on top one another. hand sorted fart noises

Listening to Diamond Eater EP by Soup feels like waking up in a simulation of a simulation of a dystopian future which has been infected by malware. Each feeling carves its way into you like transistors laser etched into silicon wafer, trapping microsounds in some overarching calculation, too large to grasp. It's a deeply moody album drenched in technical mastery. To me, part of the goal of this series and putting forward the idea of hyperglitch in general, is to set forth a challenge: How far can we go? How far can we push the idea of glitch? What is beyond the boundaries set out by the "glitch" music of the past? Soup rises to the occasion and sets a new bar with this album. Part of what makes this album feel distinctly "hyperglitch" to me is the way glitch is used as a structural, base element instead of as an embellishment or flourish. Soup plays the glitch as if it were an instrument, and stretches and compresses it into wonderfully expressive rhythmic and melodic phrases."~Woulg Album cover art by antireal.info 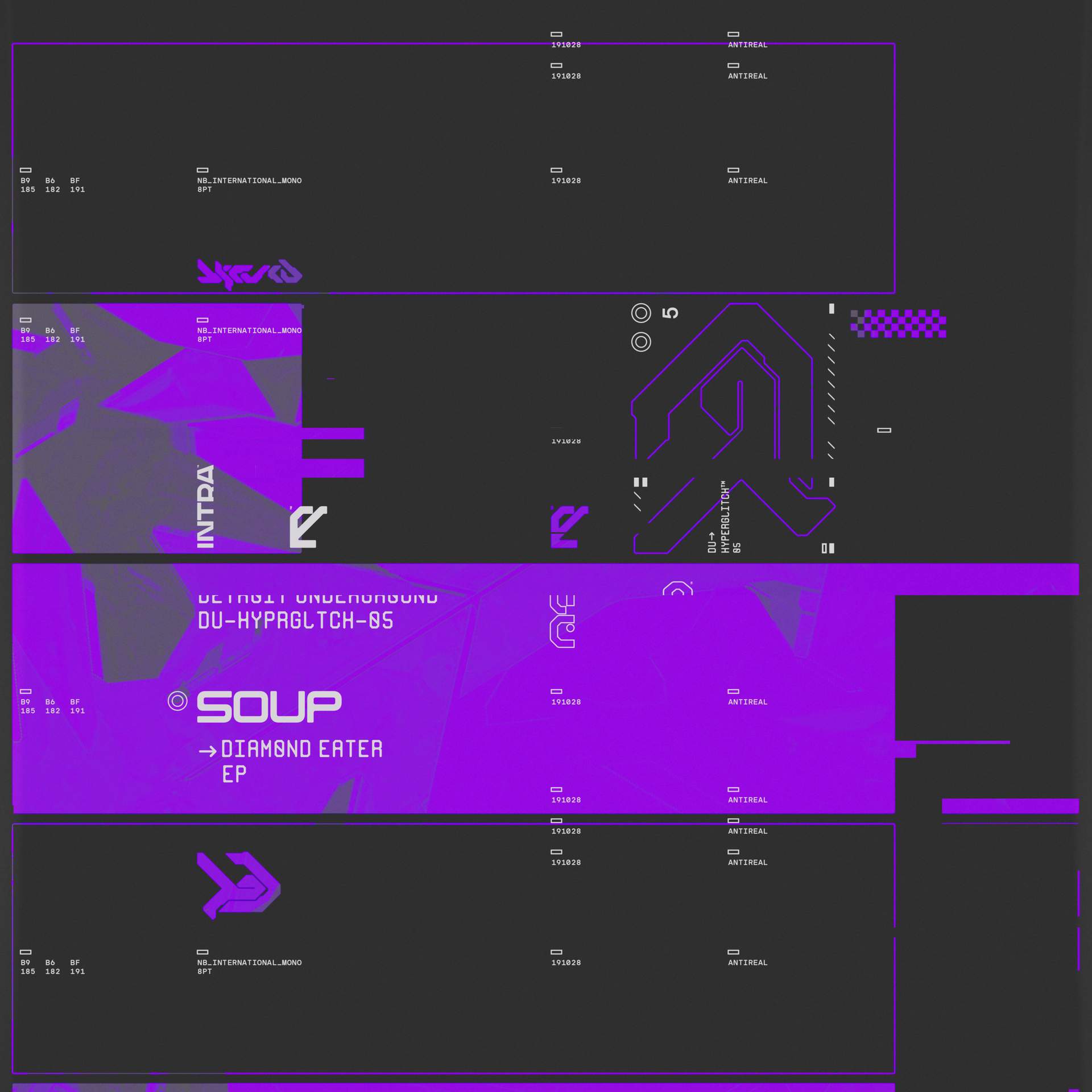 Melancholy isn't just a feeling in this album, it's a taste, it's a texture, a shroud that encompasses you while you listen. Abroxis has an incredible talent of pulverizing you with heavy, lumbering beats and basses and somehow pulling you out of your body and letting you float over top of it all with his synth lines. This album is really a synthesis of the brutal and the beautiful. It's a sort of emulsion of the two in a way that seems almost impossible. It reminds me of that type of silence; the type you only hear in the worst situations. When time slows down. When the driver loses control of the car on the highway. Swerving from left to right as he overcorrects. There isn't enough time to really think anything, you know he's going too fast. There's that moment where you feel frozen. It's the moment where you know what is about to happen, but it hasn't happened yet, and you're trapped just waiting for it. That's when time slows to a stop for a moment. That's when the silence really settles in. Abroxis has somehow crystallized that feeling into the sound of an entire album. I think a core aspect of everything that I tend to think of as "hyperglitch" has a taste of this melancholy, but with Abroxis, it's really on full display. There's something unique about the way that really elaborate, intricate and at the same time brutalizing sound design can describe the sort of helpless violence that can accompany a deep sadness. And the sadness, despondency and apathy can be depicted so accurately with exactly the types of textural, hyper-detailed synth manipulation that is on display in Microverse.- Woulg Album cover art by antireal.info 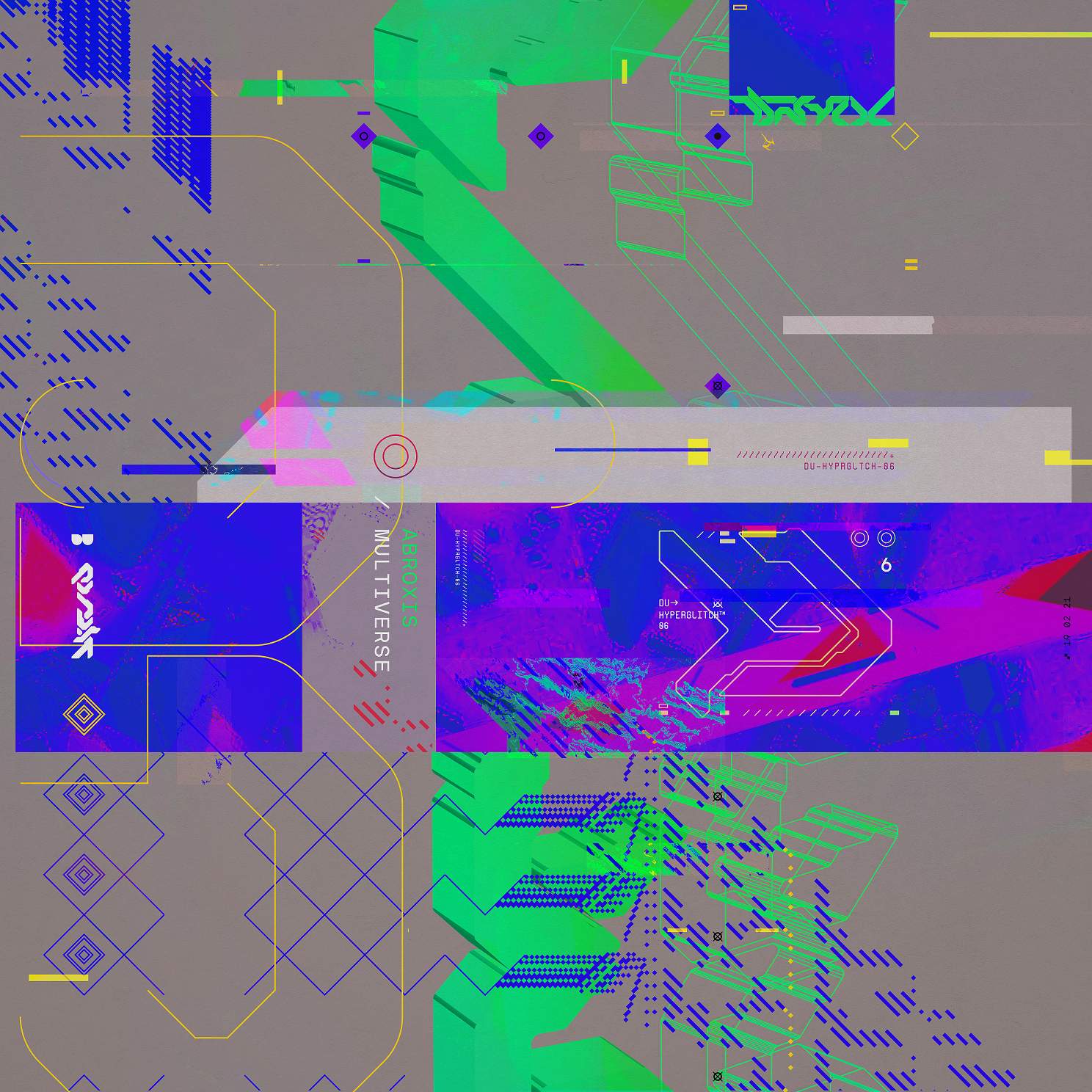 Romanowitch takes us on a tour of Inner City, a gnarly album of screaming textures to bash your face in with a brick to. The album embraces the noise and dirt and organizes it into doom 808 type beats; some sort of post apocalyptic horror-core that somehow still retains massive amounts of funk. Clearly inspired by some of the incredible music classified as deconstructed club, I think this album illustrates an interesting angle of inspiration in Hyperglitch. It's hard to say what is and isn't Hyperglitch at this point but I think Romanowitch shows us a fascinating lens in all the different inspiration that can come into it. Romanowitch's signature style can be seen in every aspect of his creative output, from his collaborations with contemporary dancers, to his videos to his music. He doesn't always go as hard as he does in Inner City, that's why this album is a special treat.- Woulg Album cover art by antireal.info 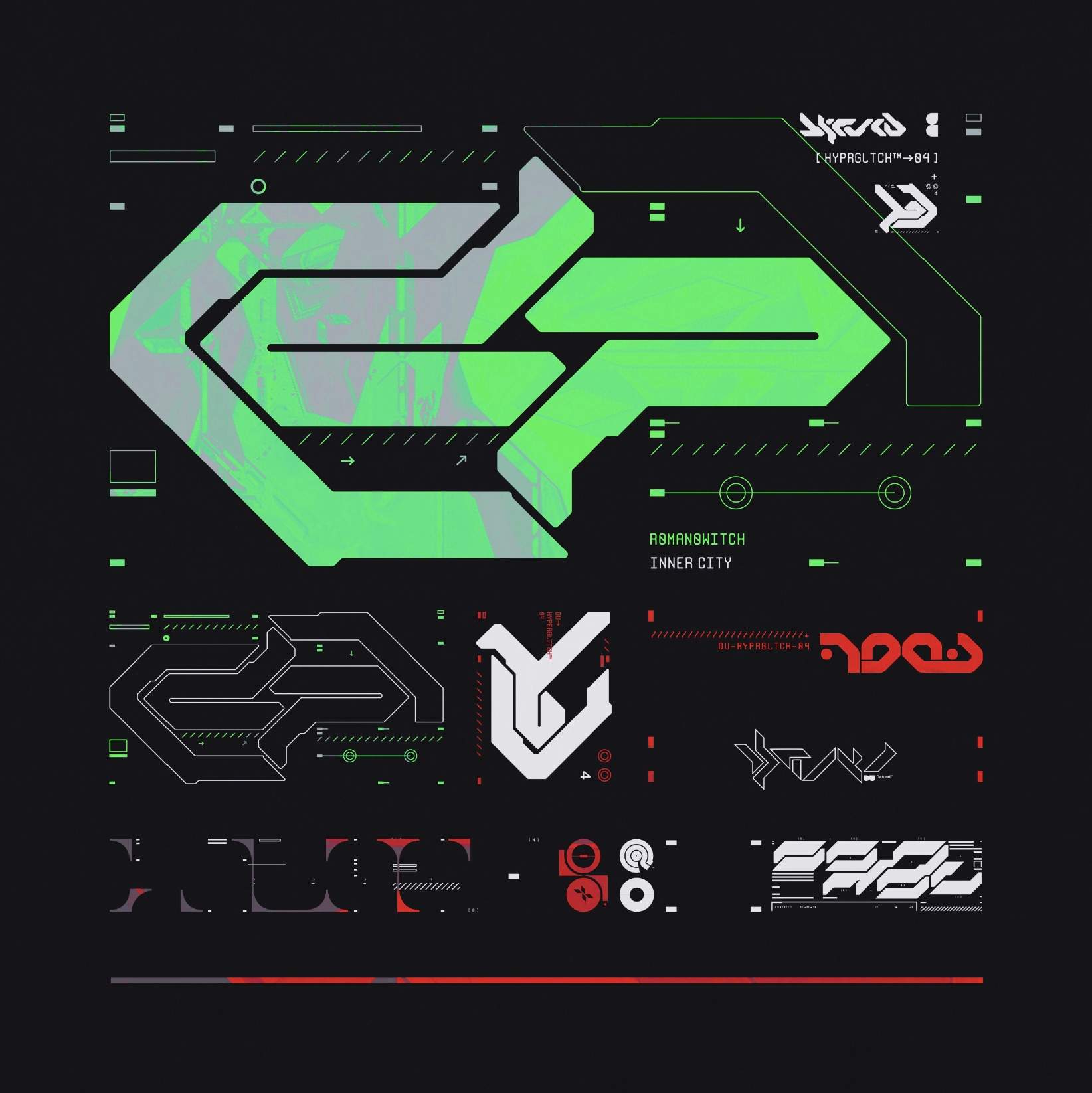 The Body is A Prison

A hyperglitch exploration of memory and dreams, technology and the body, perception and reality. This EP is an attempt to work through my thoughts and feelings about these concepts through a hyperglitch lens, as well as experiment with a number of contrasting ideas: beauty vs brutality, simplicity vs complexity, organic vs artificial, and purity vs distortion.

The Body is A Prison

Man from Sol’s album Automorph Totality brings texture to the forefront and uses rhythm to create a weaving path through the abstract world of sound he has created. It explores the kafka-esque aspects of modern life and the emotional tension that comes from this dynamic. Abstract and abrasive sounds push you away while recognizable rhythms and harmony bring you closer. The album sits in a balance of rejecting and enticing the listener. Some of the Hyperglitch elements on display are: the embrace of atonal, “ugly” and unintentional sounds, and the contrast of those sounds with more emotionally dark atmospheres and harmony, and of course recursive/iterative sound design techniques. As the output of one sound design process is fed into the input of another, the output of that into the next, and so on until finally feeding the output of the whole chain back into the input, the layers of complexity and abstraction in the sound design grow exponentially. A key element in this process is controlling the flow of time by using “scrubbing”. This can be achieved while speed and pitch are linked, or unlinked as with phase vocoding where a sloshy spectral sound comes from the occasional misalignment of phase components or with granular synthesis which is more of a repeating/cd skipping sound that comes from the smalling looping sections called “grains” that define the style of synthesis. Man from Sol shows his expertise in all of these forms and gives us an album that leverages all of them in his unique style to create an emotional journey through his own imagined landscape.- Woulg Album cover art by antireal.info