Sunken Hope explores the ending of The Iron Giant where the robot best friend of the child main character ends up in pieces after sacrificing himself and his head lands on ice and is trying to reassemble himself. However if that ice wasn’t there due to global warming then his head would fall to the bottom of the ocean where it would get damaged and wouldn’t be able to reassemble himself.

Imagery of Jasmin's character's she's been working with over the past semester.

The Journey is a project about the process of self discovery and the feelings that come along the way.

Lost in Time by Kevin Sagara

Lost in Time is a work based on what is lost as society progresses alongside technology.

BELONG is a 2-D animated piece focusing on the topic of discrimination through an abstraction of shapes. 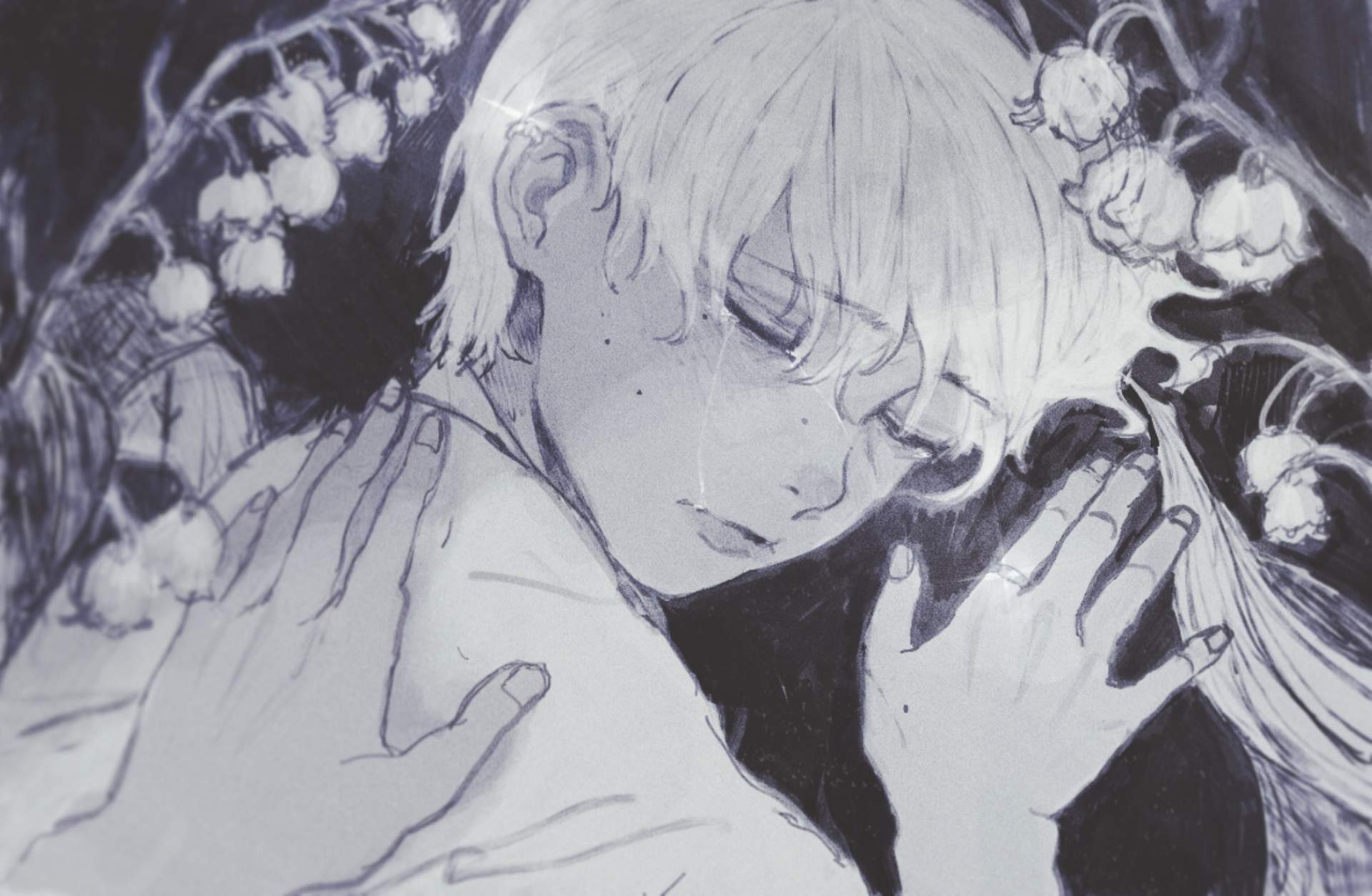 How To Be Human

What lies ahead sometimes is found within. 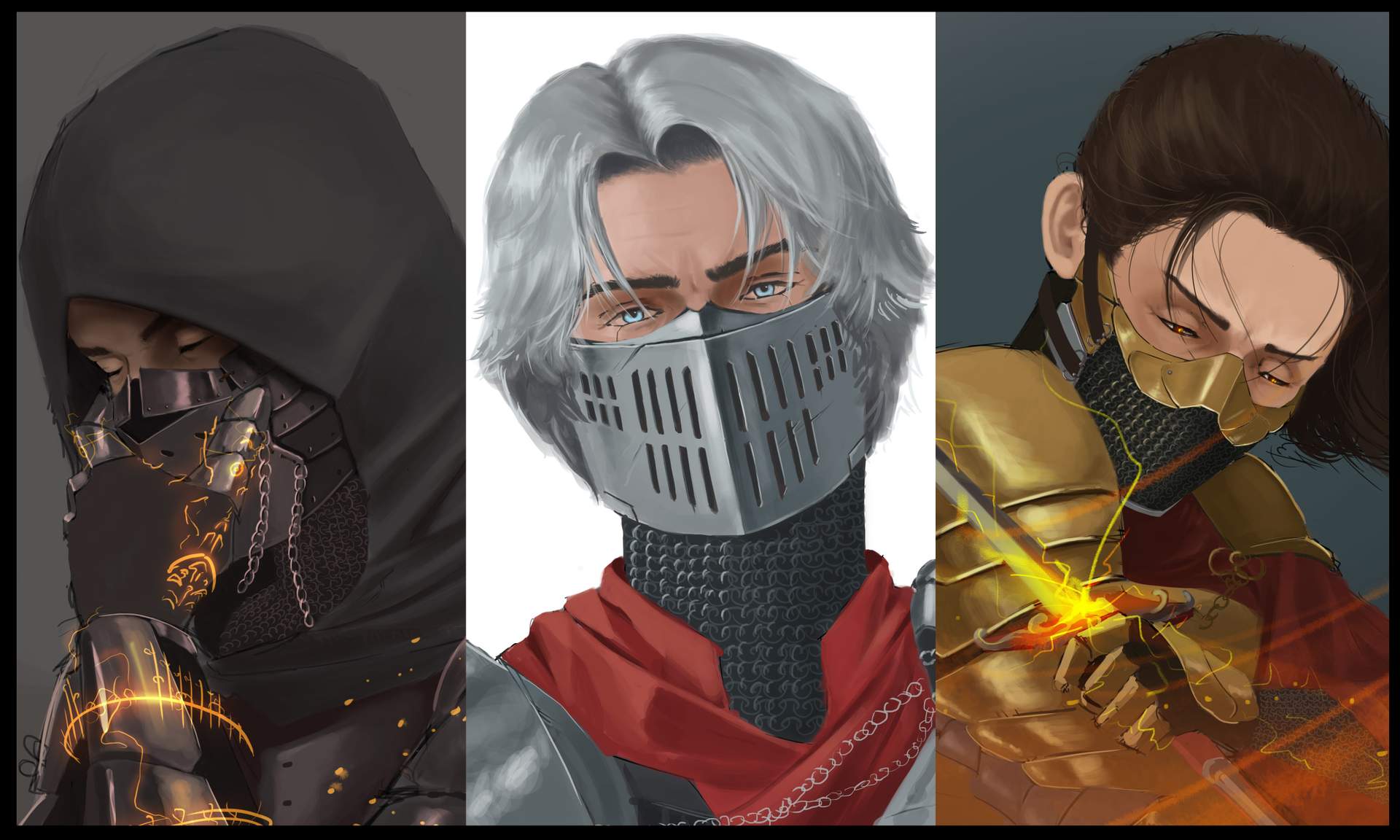 Before After is about the importance of one’s own sense of identity. In an ever-materialistic world, self worth becomes more easily attached to one’s material standing–or wealth– and thus, material has become more and more a part of one’s sense of identity. With things like popular culture, social media, and the internet, there are many ways in which one’s sense of identity can be swayed or influenced by outside factors. Before After challenges the viewer to remove all sense of material from their definitions of themselves. Put simply, Before After is a story of one who pushed all of those ideas out of the frame of thought when deciding who they were, what they were, and why they were. Upon seeing this work, I want the viewer to realize that they have the agency to define themselves in the way that is true to them and thus have the power to own their reality.

Before After
Artwork title

The journey of finding my oasis. Hello, oasis-

You're invited over for a cozy home-cooked meal inside Patty Ngo's "Overcooked" exhibition. Overcooked is a series of 3D models that portray the struggles of being a daughter in a traditional Asian family. As a child of immigrant parents, I have always felt pressure to achieve what my parents anticipated. There are high expectations that Asian parents have for their daughters. We are expected to live up to Asian beauty standards that are defined by colorism and fatphobia. We must take care of those around us, but are seen as selfish when we care for ourselves. These draining standards take a huge toll on mental health. Overcooked depicts these feelings of frustration and burnout through images of food since food is such a powerful communicator. My family is not the type to show affection towards each other, but one of the ways we show our care is through providing meals. Because of this, I find myself cooking for the people I care about. This book is a collection of some of my favorite recipes. As you flip through these pages, you will learn more about the challenges of the women featured in Overcooked.

"Eclipse" is a video composition of assets built and rendered within Blender. Created to be a visual that would play behind a DJ or performer at a music festival, this intense video piece is meant for those in the midst of euphoria. A shadowy angel of violence, depicted in the artist REZZ's signature goggles stands as the central symbol of the work alongside motifs of religion and darkness shrouding light - represented by halos and the natural phenomenon of the eclipse we see in celestial bodies. Song Credits: “Violence - REZZ Remix” by Grimes & REZZ) Full video: https://vimeo.com/709206768

Dreamlike envisions an object that is so beautiful it almost doesn't seem real.

Spiritual Journey is an artwork that takes the viewer through my own personal spiritual journey. The avatar is meant to represent me and the hole in my chest with the object is a physical representation of my journey. The structure inside the hole is the navigable space that I created to represent my past experiences, vices, and life. Click the link to walk through my Spiritual Journey!

Power and energy are one and the same, although the two can be confused in modern contexts. Our own power consumption day by day, often goes unnoticed. In creating this exhibit, I want to explore the ideas of power consumption and production and their impact in ways we may not necessarily associate with building a new power plant or reactor.

Power and energy are one and the same, although the two can be confused in modern contexts. Our own power consumption day by day, often goes unnoticed. In creating this exhibit, I want to explore the ideas of power consumption and production and their impact in ways we may not necessarily associate with building a new power plant or reactor.

Where To? Is a 3d animation in which a scientist controls a drone from outer space. The sun is expanding and it is only a matter of time until everything in our solar system is engulfed by our dying star. This ultimately means it is the end of humanity's existence and Ronald Kendall being the last being alive will try to embrace death. While also trying to grasp the idea that everything and anything will be completely destroyed including himself. Click link to watch animation on Youtube! Thanks and Enjoy!

Youtue Where To?
No preview available for FBX file.
Artwork title

Get to It is a video project featuring original 2D animation and music. This is a short story that explores my personal experience as an artist through symbolism and allegory.

Gho$t World is an NFT series created by Digital Media Artist Cris Gutierrez. The concept behind this NFT collection is to reconcile with others on a trope that you may or may not have used in your lifetime. That saying in question is "going ghost", this might seem like a confusing phrase that might not make sense. But for some viewers out there this could be everything. At the times of our growth and elevation in life, there are often times when we do not want to be bombarded by others not that we are selfish but because we are focusing on our future. Many of us had to "go ghost" in our life where we escape from the stress of the world in order to realign our lives and care solely for ourselves. This collection is meant to reassure and connect with those who feel they have needed to step back in the dark in order to shine. A validation that you are not a selfish person for wanting to care about yourself and your future. 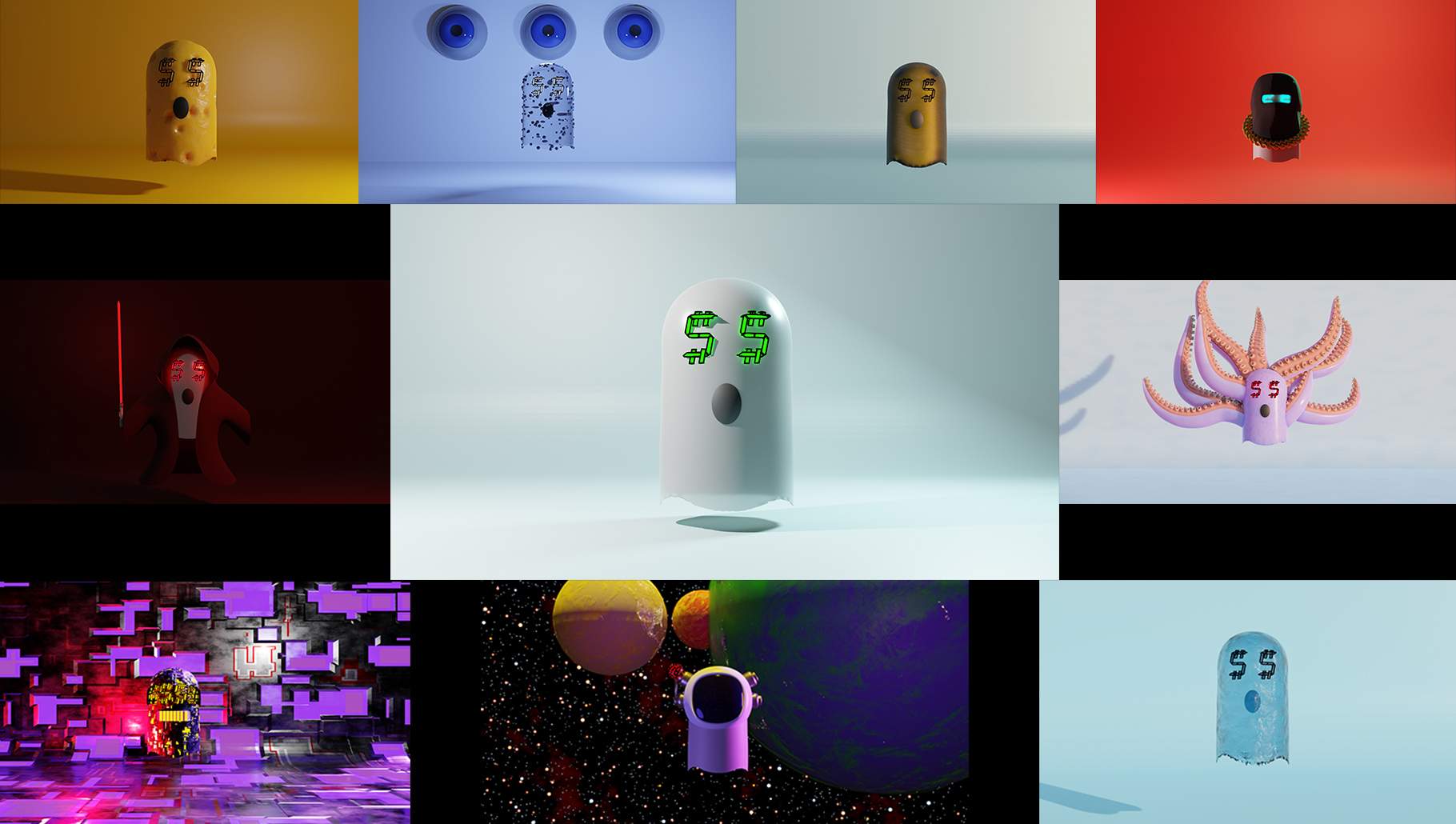 Created with 3D printed models using glow-in-the-dark filament and recycled computer parts and other circuit boards from retired electronics. This piece displays a world that reminds us not just what tech can do for us but what we can do with tech.

Liberators of the Land

The outcome after the 20 year conflict in Afghanistan.

ESG stands for Anxiety and Depression. Bringing graphics, clothing, motion pictures and music together to exemplify the message of freedom of expression while recognizing the imagination that stems from our inner ghost.